A downloadable game for Windows

A child looking for people finds himself in a strange yard. The boy soon realizes that he's in a different world and begins to explore it...

Excellent game. Congratulations you deserve much more successful in my opinion. I love it. Make more games like this. I am feeling more will to play over beyond the prologue.Thanks to create this future masterpiece.

This game's creep factor is off the charts! 8/10, can't wait to purchase the sequel!

I rather enjoyed this game.

Hmm... Very interesting. I like what you have so far!

this game is awseome hope theres more or a part two

Fariwalk the past is a heavily stylistic game, with a bit of a silent hill vibes about it. really nice to play but hard to get.

This was a genuinely fun time for a spook game. The world design and atmosphere were well done and made for a delightfully eerie walk through what would otherwise be average messy yard. The fog and dim lighting also work well to mask the low detail models and further the feeling of being alone in an unfamiliar place. I don't play many horror games, but I am very curious to see what else comes of the game if this was just the prologue/demo. Good job.

However, I do have a little criticism on it. The one flaw I found in the game was the pacing. While I'm fine with an unclear goal in a horror game, since the main point is usually just "Don't die," the puzzles in it were confusing at times and had me casually walking in circles around the map until I stumbled across something important. The steam pipe, for example. While not far from where it needed to go, it blended a little too well with its surroundings and I found it by chance. I also did not care for the inability to turn much while holding an item. That felt unnecessary.

Okay, so I finally beat this and saw some of the secrets. It was definitely an interesting experience.  Tea Time with Dolly was pretty fun.

One thing confuses me, however. What's the deal with the flowers? I never could figure out that puzzle and I'm really curious now.

Thank you, I'll fix it the coming months (and expand).

Neat and very well made game but to be honest i didn't understand what was the objective...Would love to see more projects from you though and if i clear this up on my mind i'm willing to get back to it :)
Thank you for sharing your work with us!
Here is my Let's Play >

I really enjoyed this, if enjoyed is the right word... It's creepy and opressive as all hell, you've nailed the atmosphere perfectly.

Wonderful game! I sure liked that cat. And the environment. And the atmosphere. And the little "surprises" that were placed throughout the whole level (the shutting door by the house, all the monsters hiding around, etc.) Really good all over the plcae! I'll follow you to keep an eye on the full release, please don't abandon it! This was quite good.

Hope you like the Lumps Play! Check it out if you're new. Lumps Plays is POP-UP COMMENTARY OMG IT'S SO AWESOME AND DIFFERENT YOU'LL FALL IN LOVE! <3

Oh, thank you very much!

Such a cool and original game, good job ! :D

Omg, this game! It is amazing! I loved it! I'm not a big fan of horror games because I get scared shitless, but the atmosphere in this game is stunning! Well done, developer!

And while you're at it, NUKE THAT SUB BUTTON HARD! :D

Reply
Neco The Sergal5 years ago

*Rurr* Hello everyone, I gave the game a go, definitely a bizarre experience, reminds me of Alice in Wonderland in many ways, just a lot darker in atmosphere.

this game is epic. keep up the good work

I uploaded a gameplay, I feel like I was missing something though.

Great game I enjoyed the graphic style of this game and creatures that were in it. Very creepy atmosphere and a very good game.

A world of mystery and beauty, that is genuinely spooky enough to keep you on your toes at all times.

This game was so creepy, but awesome at the same time!

This was very good! It really scared me! great job! :D https://youtu.be/Nupz64BkJ34

Incredibly strange and surreal. I didn't really know what was going on and to be honest I still don't, really. Very unique.

It was quite a frightening and scary game to play,honestly I didn't even know that you can die in this game....

Honestly the best horror game I have played this year... I can't wait for more. It was so mind melting that I'm not even sure if I finished all the tasks. Well done team!

I love the style and how creepy it is. Definitely excited to see more! Here's a video I made about it.

Fariwalk The Past is kinda different but we need more the horror scenes, still love it tho 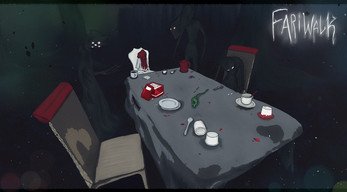 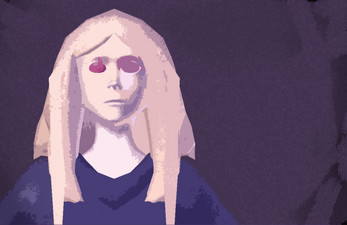